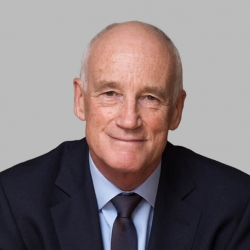 Michael DALY is a graduate of The University College of Wales, Leeds University (Ph.D.) and Harvard Business School (PMD).

Michael DALY is a British geologist, oil and gas executive and academic. He joined the Geological Survey of Zambia in 1976, mapping the remote Muchinga Mountains of northeast Zambia. He began his business career with BP in 1986 as a research geologist. After a period of strategy work and exploration and production positions in Venezuela, the North Sea and London, he became President of BP’s Middle East and S. Asia Exploration and Production business. In 2006, Michael DALY became BP’s Global Exploration Chief and a Group Vice President. He served on BP’s Group Executive team as Executive Vice President from 2010 until his retirement in 2014 after 28 years with the company. He has also served as Senior Director at Macro Advisory Partners. He currently serves as a Non-Executive Director of Tullow Oil, and as Visiting Professor in Earth Sciences at the University of Oxford. He is President of the Geological Society of London, a registered Charity.