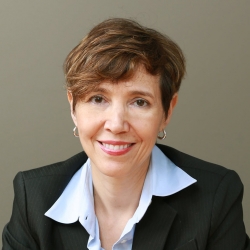 Expiry of the current term of office: 2022 (renewal will be proposed at the 2022 Annual General Meeting)

Sophie ZURQUIYAH is a graduate of the École Centrale of Paris. She holds a Master's in Numerical Analysis from Pierre et Marie Curie University (Paris VI) and a Master's in Aerospace Engineering from the University of Colorado.

Sophie ZURQUIYAH started her career in 1991 in the oilfield services industry as a geophysical engineer at Schlumberger in P&L and in positions covering R&D, Operations and Support, in France, the United States and Brazil. She was then appointed Chief Information Officer (CIO) and then President of Schlumberger Data and Consulting Services that provided Processing, Interpretation and Consulting services for most of Schlumberger’s business lines. She was also Vice President of Sustaining Engineering, which included all support and improvements to commercial products, services and technologies worldwide. She joined CGG on February 4, 2013 as Senior Executive Vice President, GGR segment. Prior to her appointment as Chief Executive Officer of CGG SA on April 26, 2018, Sophie ZURQUIYAH was Chief Operating Officer in charge of the GGR business lines, Global Operational Excellence and Technology of CGG.