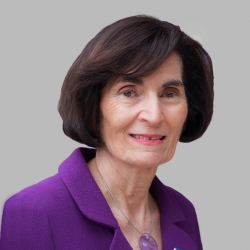 Expiry of the current term of office: 2023

Colette LEWINER graduated from the École Normale Supérieure (a leading French higher education University) and has a Ph.D. in physics.

Colette LEWINER started her career as an academic at University of Paris VII as a physics researcher. In November 1979, she joined Electricité de France (EDF), first in the Research Department, before being responsible for all fuels (notably nuclear fuel) purchasing. In 1989, she became EDF’s first woman Executive Vice President, in charge of the Commercial division that she created. Colette LEWINER was appointed Chairwoman of the Board and Chief Executive Officer of SGN (the engineering affiliate of Cogema) on March 1992. In 1998, Colette LEWINER joined Capgemini and headed the Utilities Global Market Unit. She was Non-Executive Chairwoman of TDF (2010-2015) and member of the European Union Consultative Group on Energy (2008-2012). In 2012, she became Energy Advisor to the Capgemini Chairman. Colette LEWINER is a member of the French Academy of Technology. She is a Grand Officier of the French National Order of Merit and Commander of the Legion of Honor.